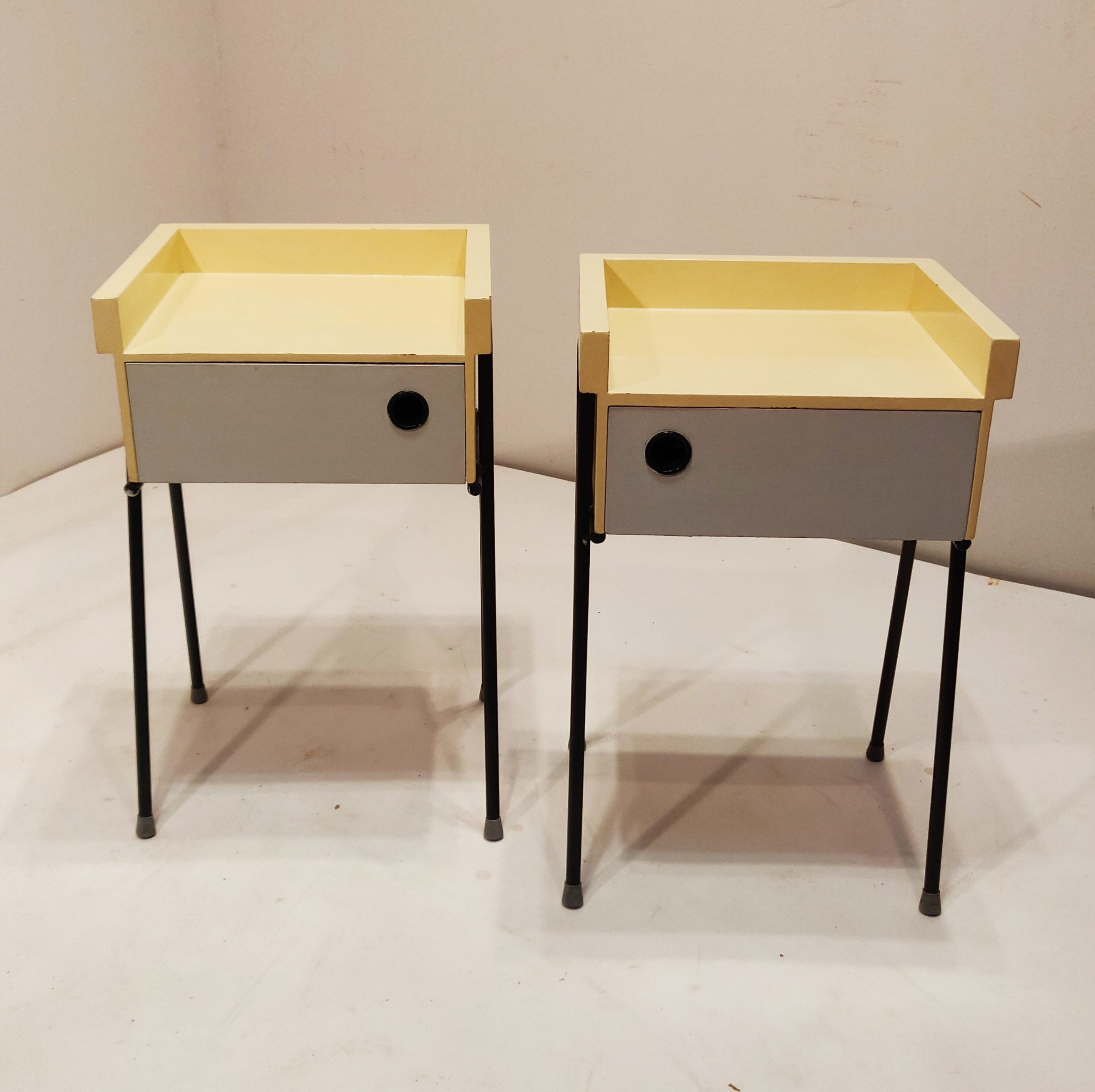 Two nightstands by Rob Parry, 1956 Rob Parry (born in The Hague, 1925) studied at the Royal Academy of Art, The Hague where his most important teachers were Cor Alons, Paul Schuitema and Gerrit Rietveld, whom Parry worked for.His work was often used for the Dutch entries for the Milan Triennial Exhibition of Decorative Arts and Modern Architecture, where his PTT post box from 1957 won second prize. Designs by Rob Parry are included in the collections of the Stedelijk Museum in Amsterdam, Boijmans Van Beuningen Museum in Rotterdam, the Museum for Communication in The Hague and the Stedelijk Museum in ’s Hertogenbosch.