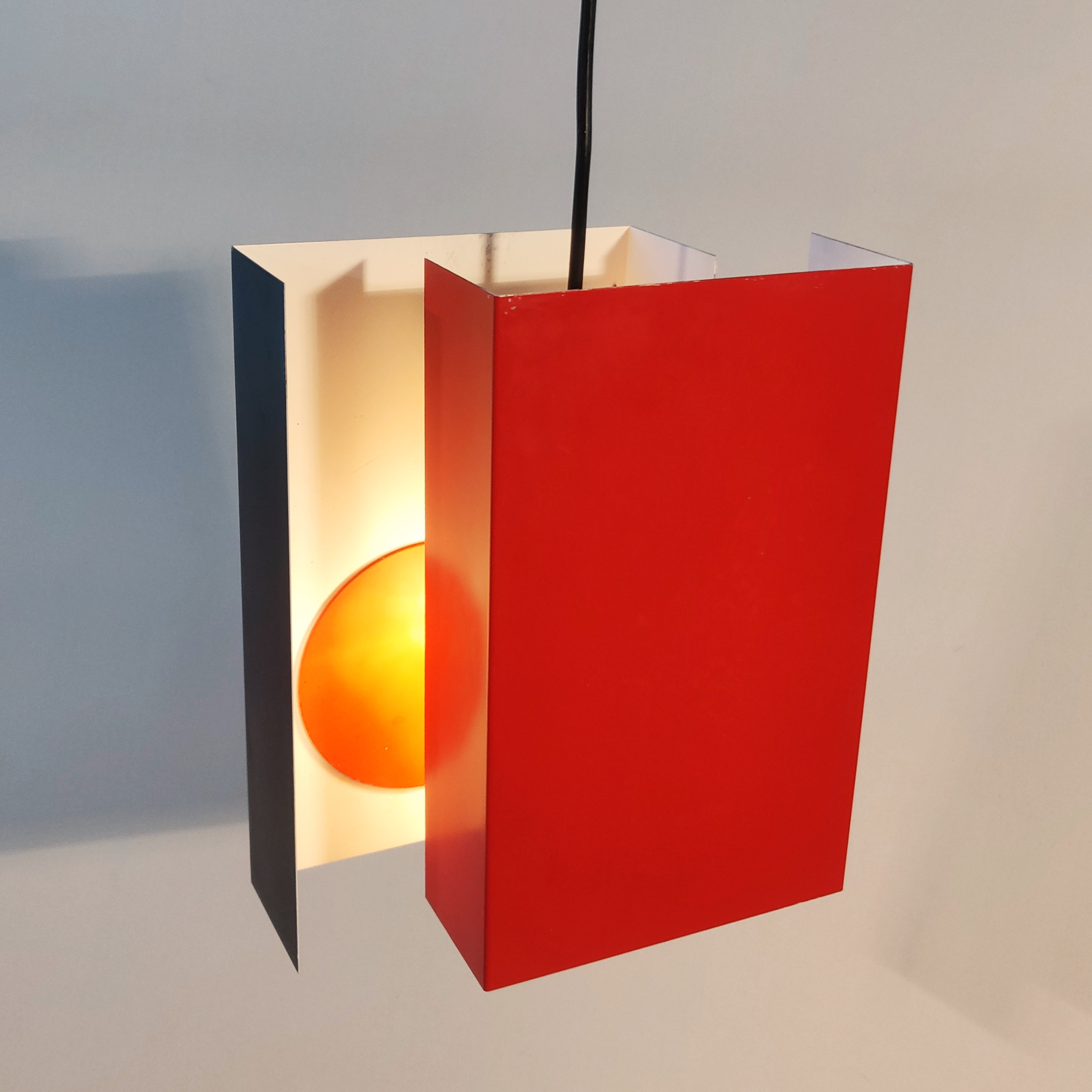 NIppon is designed by Simon P. Henningsen for LYFA in 1970. A true genius light – designed to be used both as a pendant but also as a table lamp. Made up of two metal plates folded rectangular around a bulb mount in the center. The outside is red on one side and black on the other, while the inner is white with two red “suns”. Open towards the top and bottom. The Nippon was designed by Simon P. Heninngsen in 1970 as a response to a request from the producer LYFA – to design a light that was less expensive to produce than his previously designs; the Divan 2 and the Kassablanka. Simon P. Henningsen wanted to simplify the shading of the incandescent light-source, and created a light with two metal plates folded rectangular around the bulb mount. The first attempts resulted in a cold ambiance, so he added two red suns inside the light – and the name came by itself – Nippon! Very attractive piece that you do not stumble upon everyday – highly collectible!